The language of thousand words

After you have created a character concept you must make he, she or it alive. Your goal is to let your audience to believe. Simply speaking you must reach the state of narrative immersion, when the wall brakes and your audience will be absorbed into your imaginary world.

Let's repeat: They must not be "right" or "correct". They must be believable.

Real people, animals, interiors and landscapes are not flat and a spectator is not separated from them with a small flat window. You cannot create a human on the computer screen but your character in the world behind the screen may be believably alive.

Technologies are not important. A video with live actors may give an impression of a fully artificial boring play. A simple animation with a set of stick figures may be perceived as true life of fully alive humans and their adventures may fully catch the audience.

Modern computer technologies enable to create 3D faces that are nearly equal to human faces and give them facial expressions that are nearly equal to natural human emotions. Unfortunately they are creepy. We communicate with real people most of the time. Even computer addict introverts have enough experience to notice small differences between artificial and natural behavior. And they react unconsciously. They won't believe in humans that look nearly the same as humans but are not humans. To make a bound you need be honest or at least play a honest game.

Books are created only from black characters on white pages but some of them can fully immerse readers. Writers have got only one communication channel: written language. Classical books do not contain moving images, sounds, voices and smells. Readers cannot feel cold wind blows on their faces or the weight of a long sword in their hands. But their imagination fills this gaps.

Visual art is not about creating visual perception that may be mistaken for reality. It is about creating a special fantastic reality. Artists of all epochs from ancient times to modern days try to "speak" with the viewers. They do not mirror real world but use special symbolic language. Even in the hyper realistic paintings the selection of compositions, colors and objects is not random. Each drawing, painting or sculpture contains a message, a feeling or an impression behind the visible part. If this would not be the case, we would not call these things "art".

Audience must be able to "read" this visual language. Painters of previous epochs had used a broad variety of symbols. A palm branch, a dove in the sky, square and compasses were not simple images but hidden messages for educated audience. Modern art extends this habit to the state when in some cases it is "not readable" without "decoding" made by experienced art experts.

Simply speaking, it is impossible to use or to simulate real humans in computer programs for the purposes of emotional design but there exist a broad variety of narrative, symbolic and visual languages that may be used for this purposes.

The most obvious sample would be the language of cinema. There are a lot of video clips in Internet. Some are bad others are very believable or amusing and go viral through social networks. An excellent example may be Stive Jobs' presentations.

Other sample are mascots that try to represent a product or a service. For instance these are a Linux penguin, Firefox red fox, Free BSD red demon, Google's Android or felines of Mac OS X versions. You can note that this are mere symbols and nobody associates them with real products.

The problem with mascots is that they are not moving and do not show any emotions. We can say that static portraits represent a rudimentary visual language but for emotional design you need to take a few steps in the direction of cinema.

To make emotional design effective we must find a visual language that is powerful enough to impress the audience but simple and cheap to make it effective for real tasks.

Among many possibilities I suggest to choose the language of manga and anime. In some cases some Japan specific symbols are not readable for European auditory but the learning time is very short especially for kids and young adults. Western comics are good in many cases but they usually fail to transmit emotions.

Not every manga is good and most of anime are crap but for the purposes of emotional design we can select the best examples. Other good sources are Korean manhwa and modern french animation but they are less "industrialized". 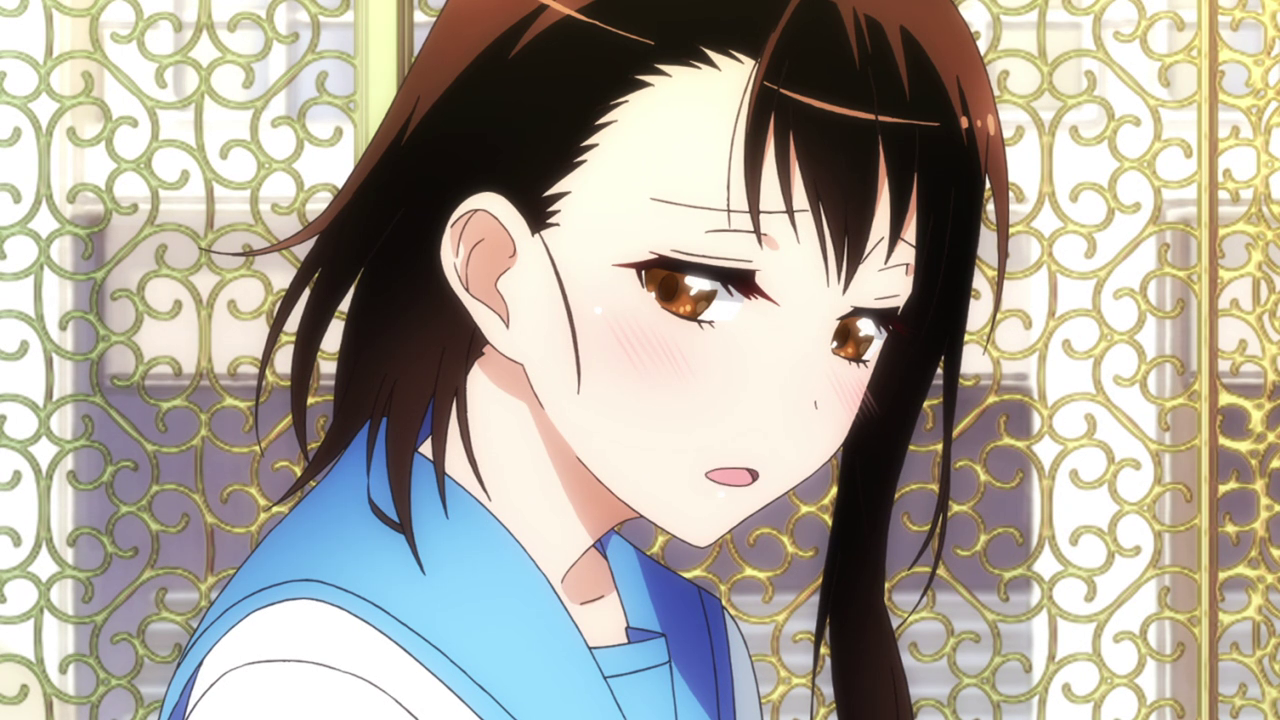 It is possible to communicate very complex emotions using simple designs, big eyes, small mouths and cheap production systems. There are a lot of good examples of complex scene designs, facial expressions or dynamic sequences. On the other hand the goals of emotional design may be achieved with more simple tools. A set of static images may be enough, if they are shown in a right moment and in a right place, their composition is right and the creators have talent. (Unfortunately this component is not avoidable. For fiction books you need the writer's talent, for animation you need the visual storyteller's talent. It is impossible to create a tool or a set of simple tricks that could replace them.)

Next sections contain a basic set of visual language vocabulary. This are screenshots from the first episode of anime Nisekoi created by Shaft. I could use any source such as Hollywood movies, European caricatures from modern magazines, American comics or paintings of great artists. However my best preference are Shaft's works. They speak this language in the most powerful and clear way. 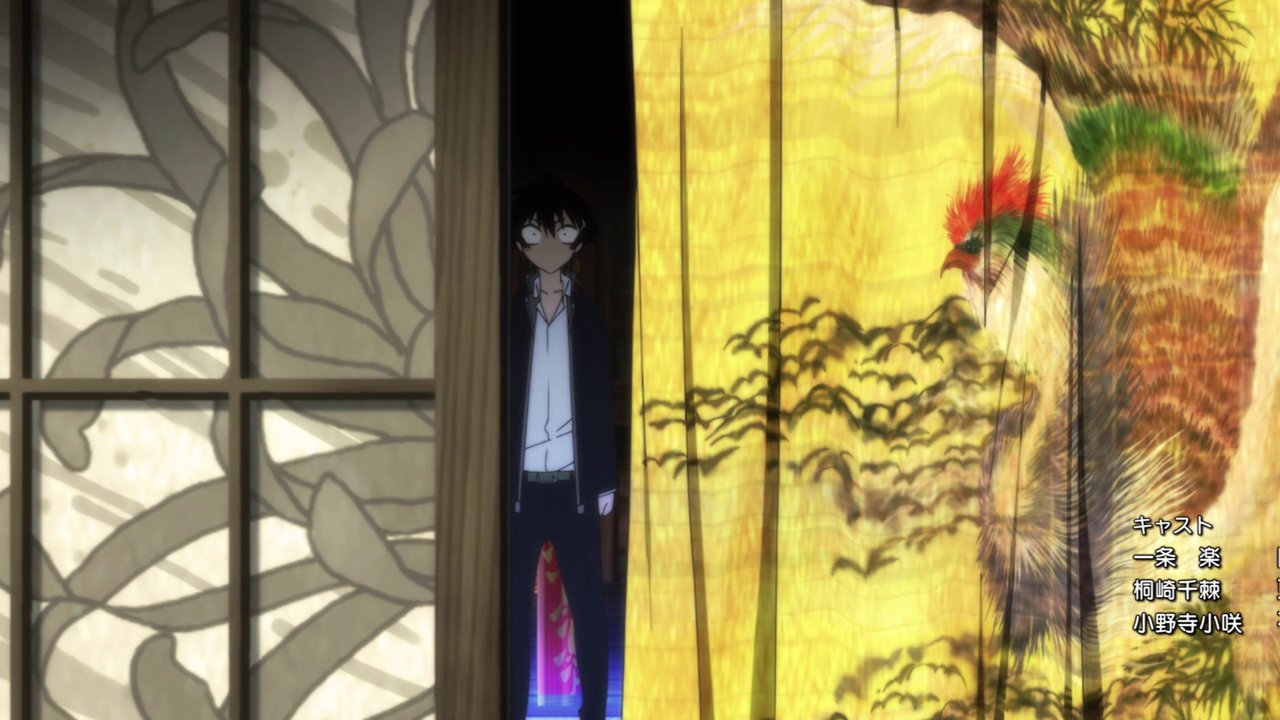 Eyes are the most important component. If you were curios about strange proportions of anime faces, this is the first and the most obvious answer. Under "eyes" I mean their shape, their color and gaze direction, the shape and position of brows and wrinkles.

Eyes are enough for many basic emotions. If we speak with real people and try to understand their internal state we look them in the eyes most amount of time.

You can train your body language. You can control your hands and your face but your eyes do not lie. At best you can reduce the moment of this honesty to a small fraction of a second.

Humans' eyes are relatively small, their expressions are subtle and they are difficult to read. Anime makes eyes big or even unreasonable big to make character expressions clearly readable even for small figures. 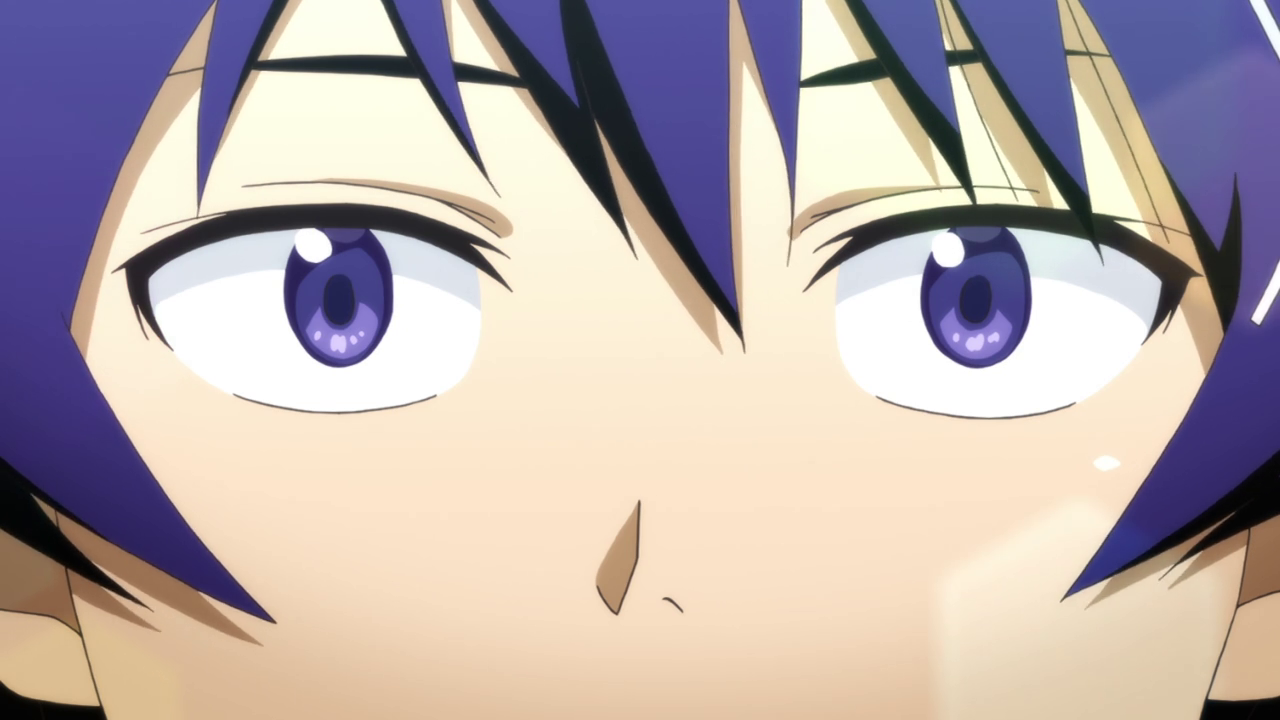 Unfortunately eyes alone are enough only for most strong and most basic emotions. To make message more clear you must add mouth. 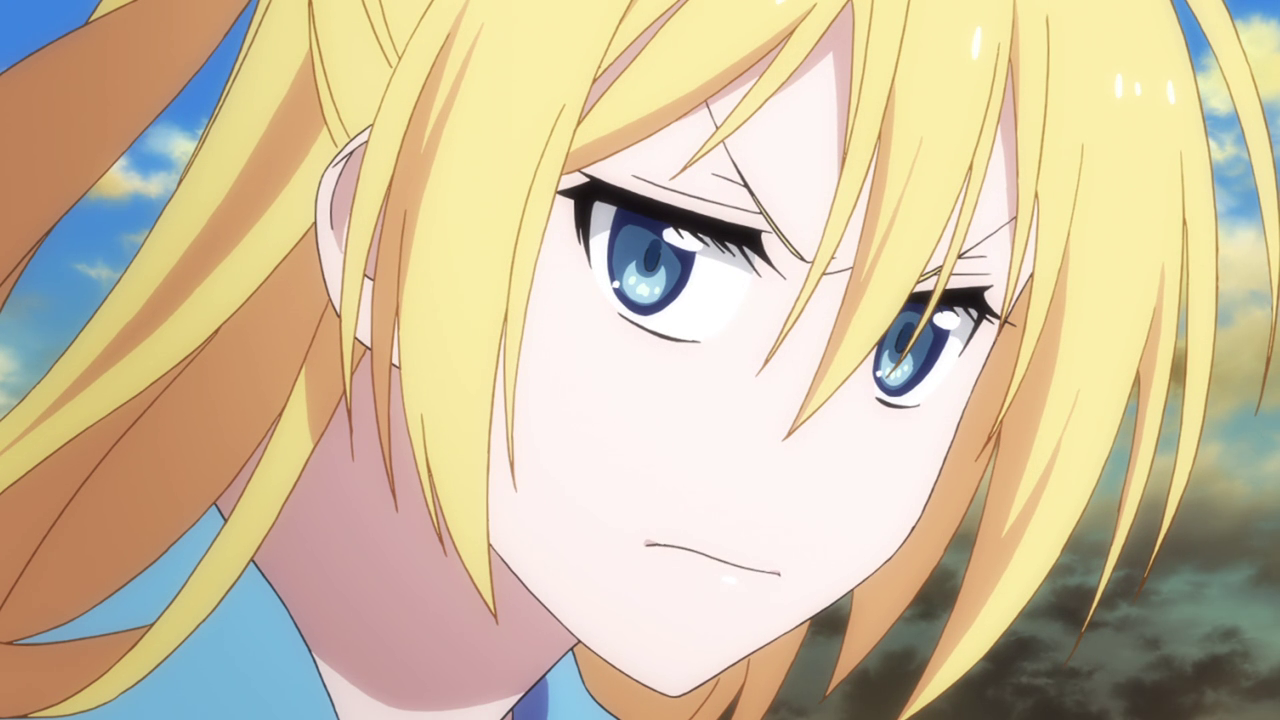 Other parts of a character's face are not important. For a real human there are a lot of facial muscles that play important role in facial expressions. For an artificial face this slight movements are very expensive to reproduce. Additionally small details on a simplified face make it look more old and ugly.

On the other hand the head shifts and tilts may add clearness to the character's emotional state. 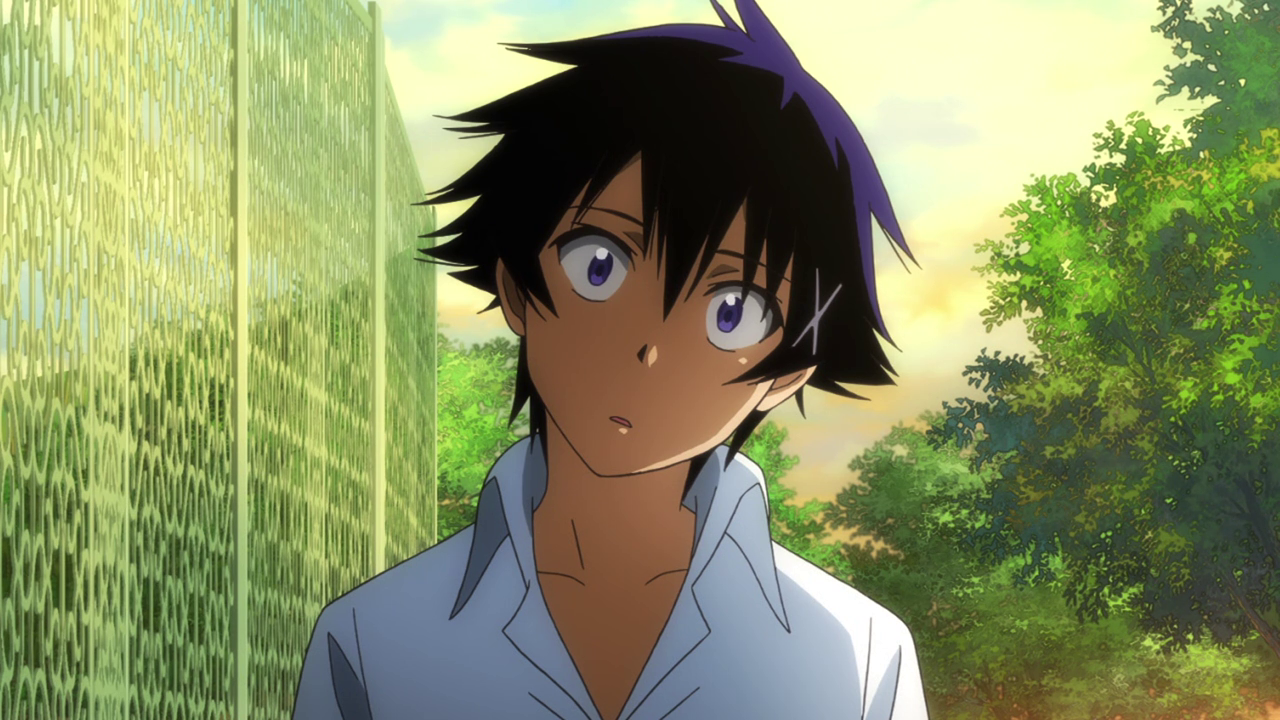 Some emotions may be expressed by hands. 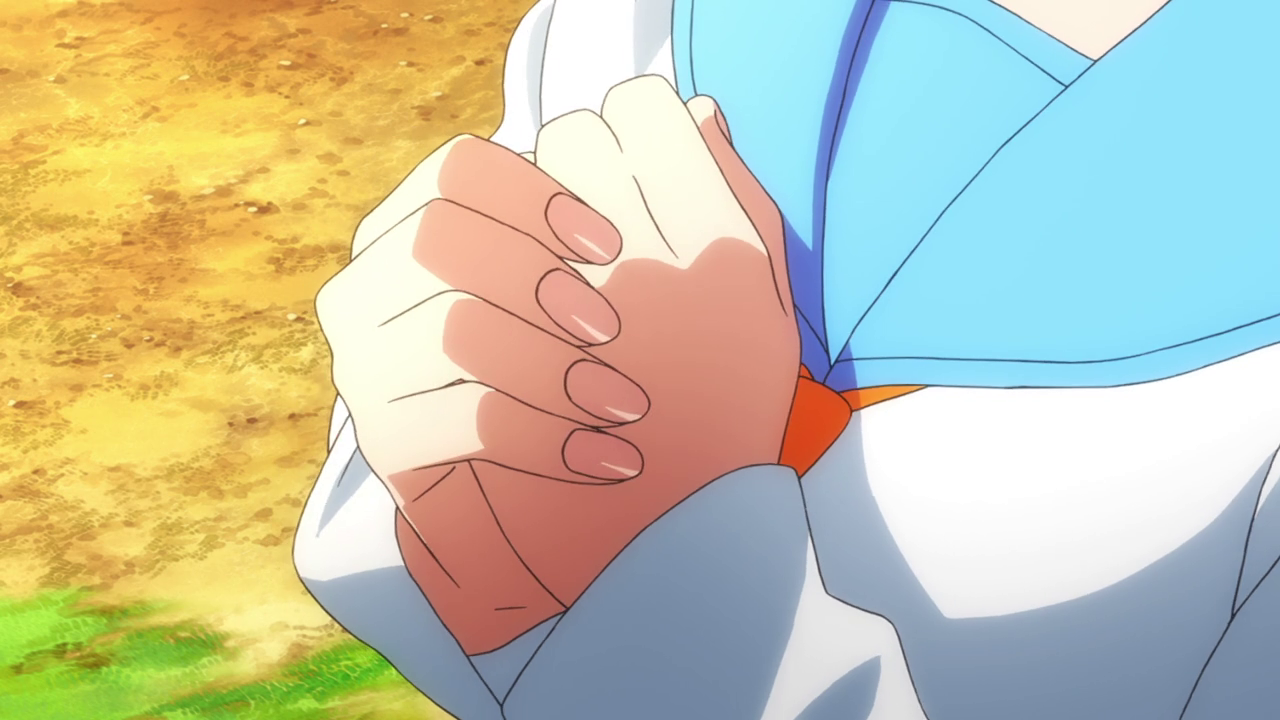 However hands' power is relatively weak and in most cases it is better to add a face with big eyes on it. 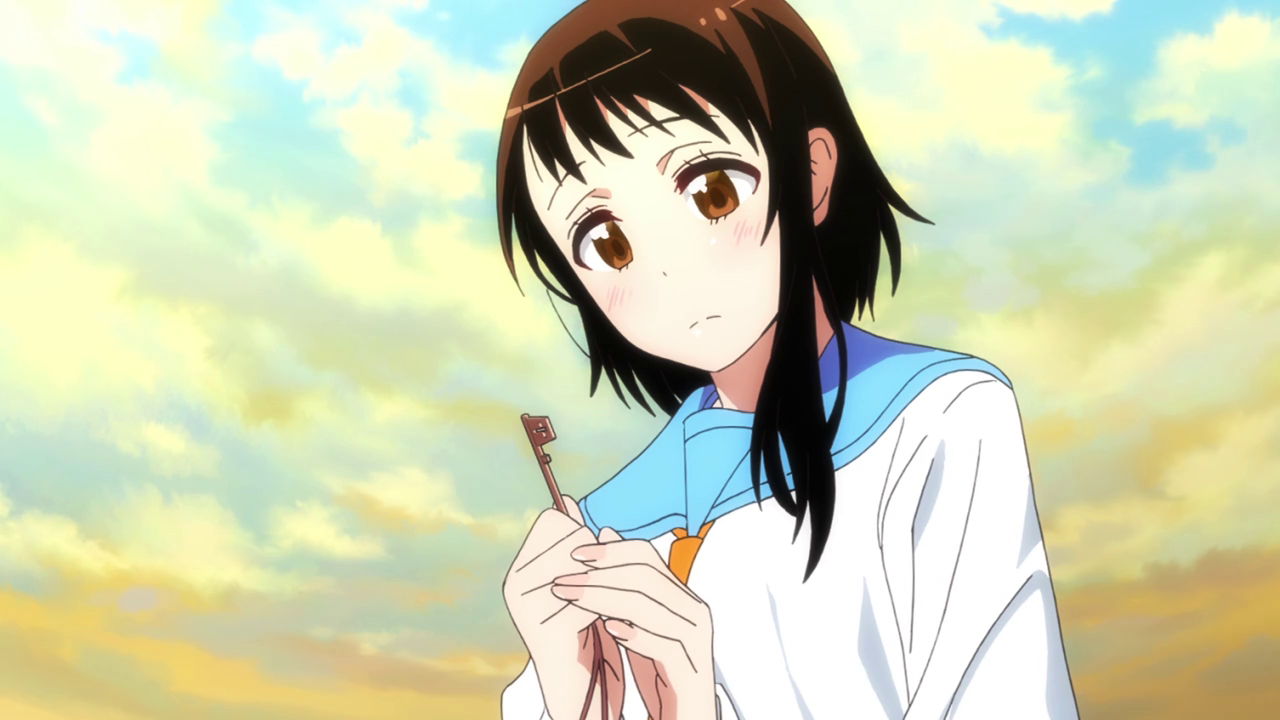 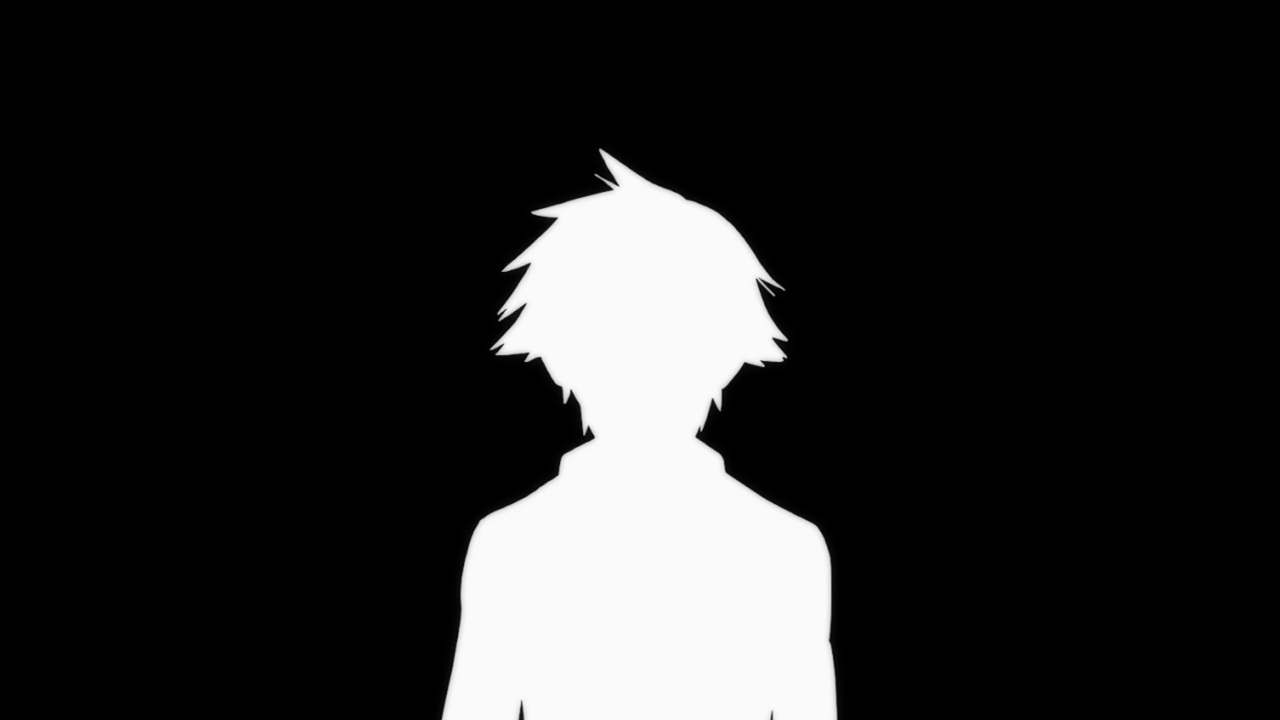 Body language is a popular term. There are a lot of books and courses. It is simple to study them and to try to apply this vocabulary.

Unfortunately there is an important difference between real people and artificial characters. A computer monitor, a smartphone screen and a book page are flat. They are also small but this is less critical problem. Main difference between 3D and 2D words is that body expressions are not readable, if they are applied to directions orthogonal to the image surface.

Here I mean the real 3D. Artificial 3D images on a flat screen may use shadows to make positions of a body and its parts more readable but two important components are missed: viewer's binocular vision and depth of focus. Modern technologies cannot emulate both of them simultaneously even in most advanced cases by divided images for left and right eyes and special glasses.

This implies a very important rule for 2D images: character contours must be "readable". 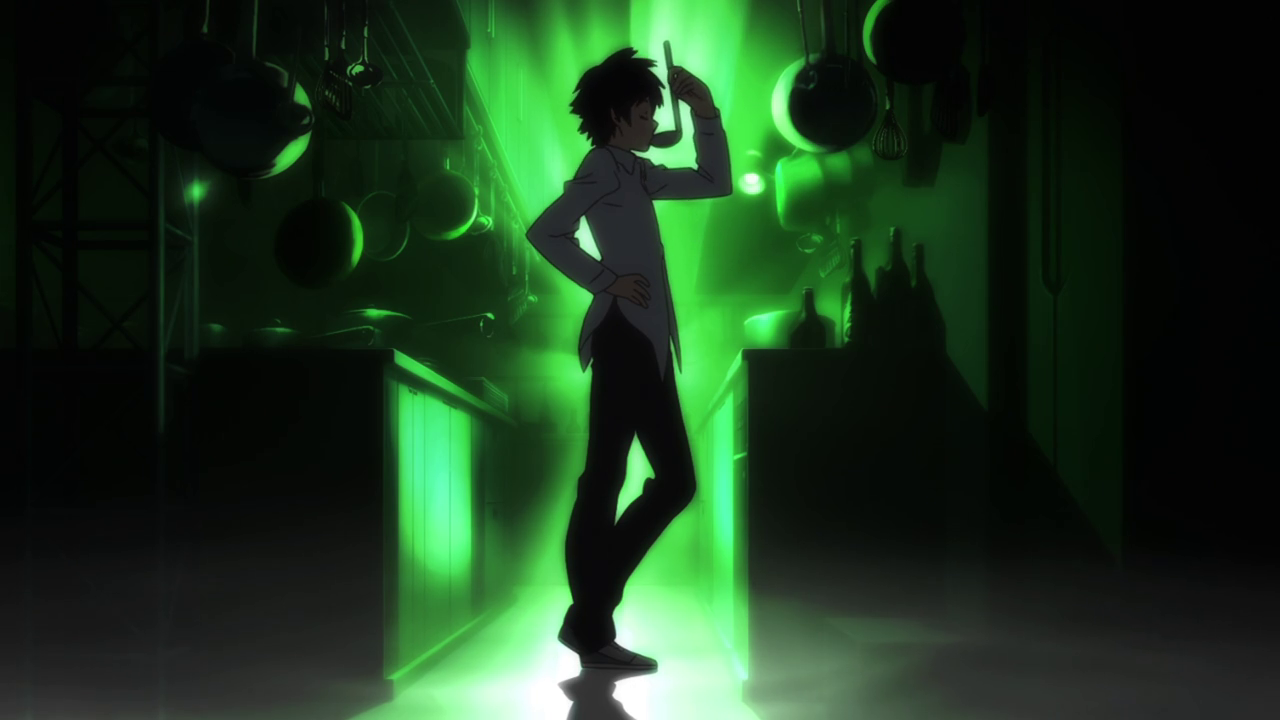 Simply speaking in most cases your character must be turned away from the viewer. At least this is applicable to some parts of his, her or its body. 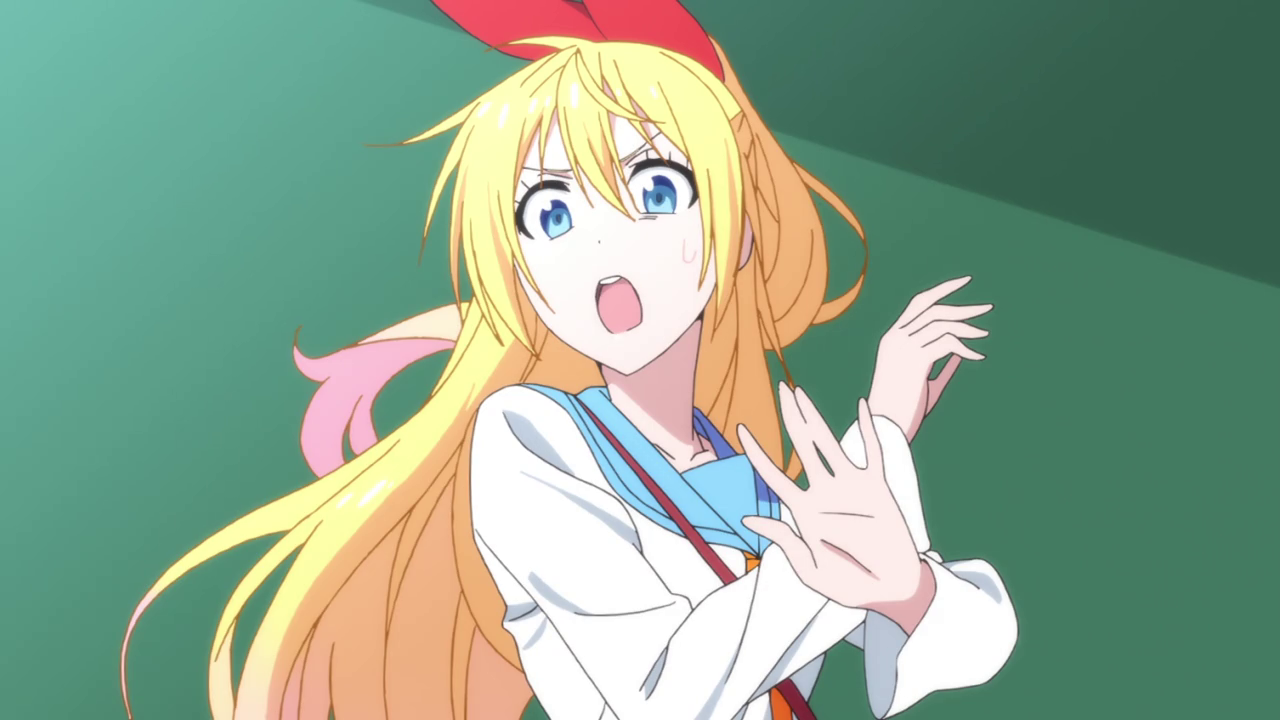 Second consequence is the demand to exaggerate "standard" body language. We can recognize small movements and position shifts while observing real humans. For artificial simplified images this would be not the case. 2D body language is a "loud" version of what we see in real life.

Similar problems have theater actors. Their poses are also exaggerated. Most prominent example would be ballet's visual language. 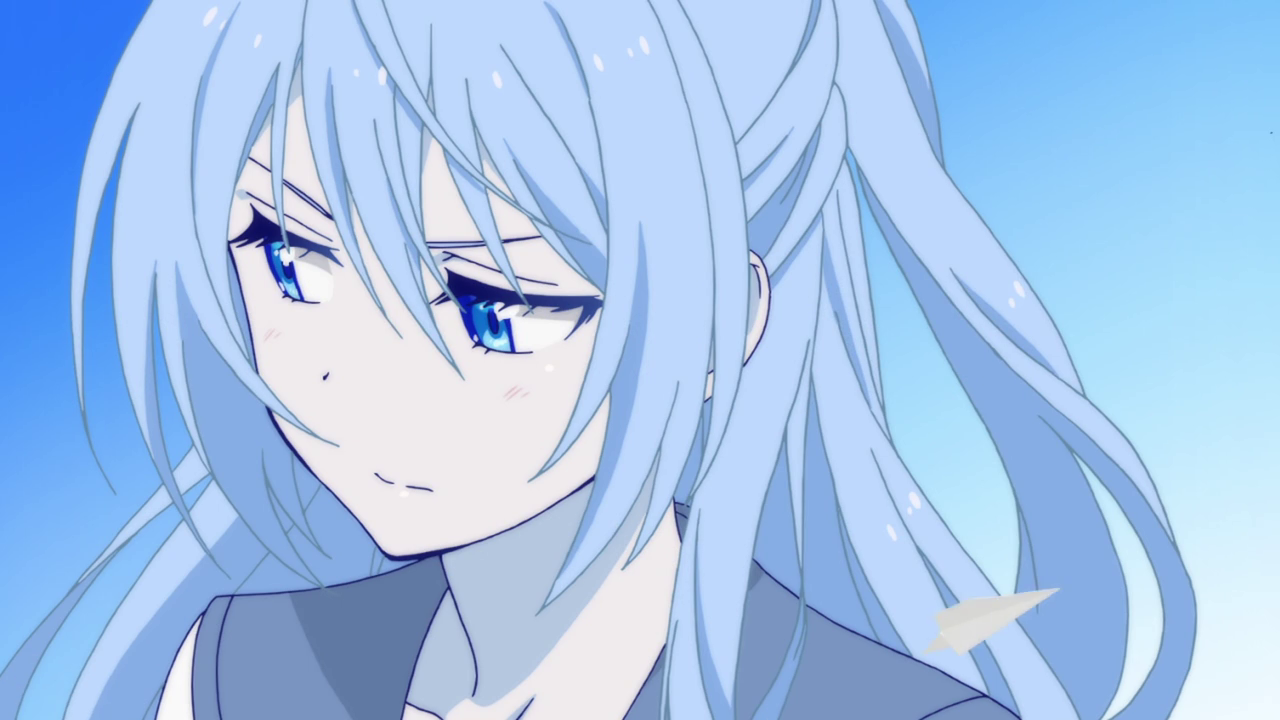 A very important advantage of cartoons is that they are not obligated to be "real".

There are a lot of expressions that are cartoon specific. I mention only few of them.

First and most obvious is the use of colors. Even Hollywood changes digitally results of a shooting in real location to set the right mood. Actors' costumes are also selected according to director's goals. However cinema is bound with a demand to preserve "real" looks. Cartoons do not have this chains and are free to play with extreme color compositions. 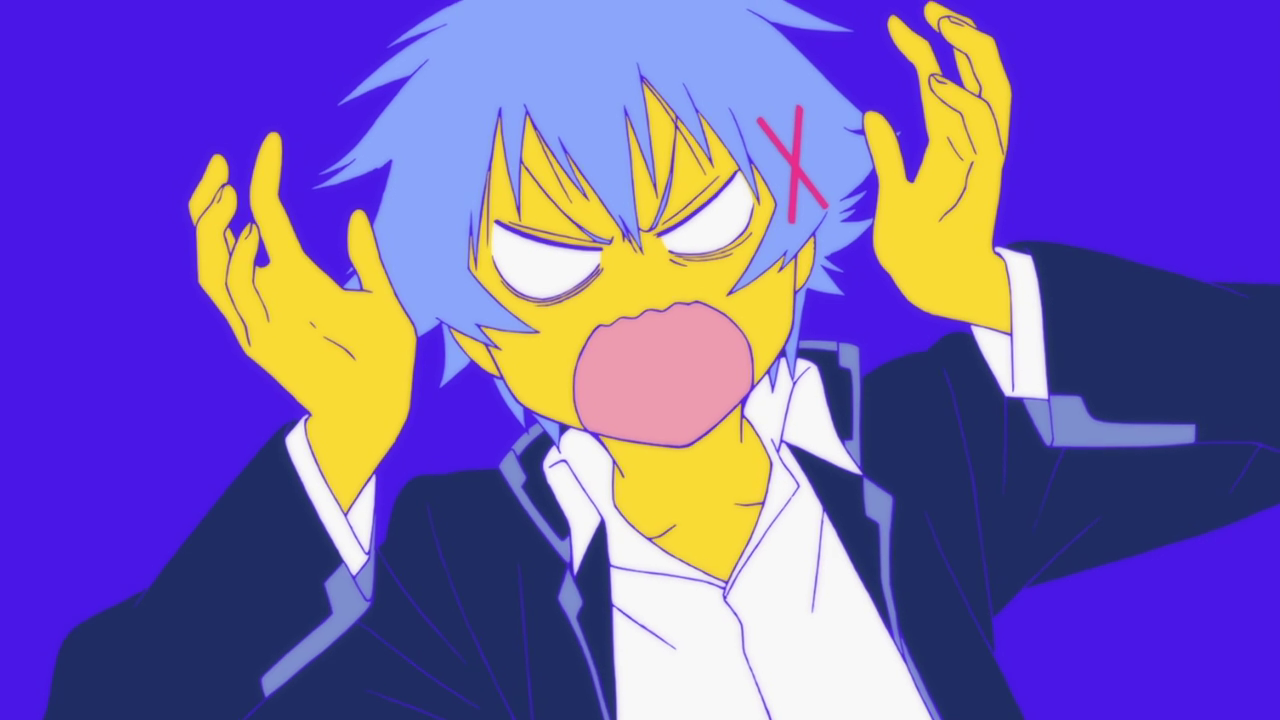 They are also free from "real" shapes and can turn characters into caricatures without losing their believability. 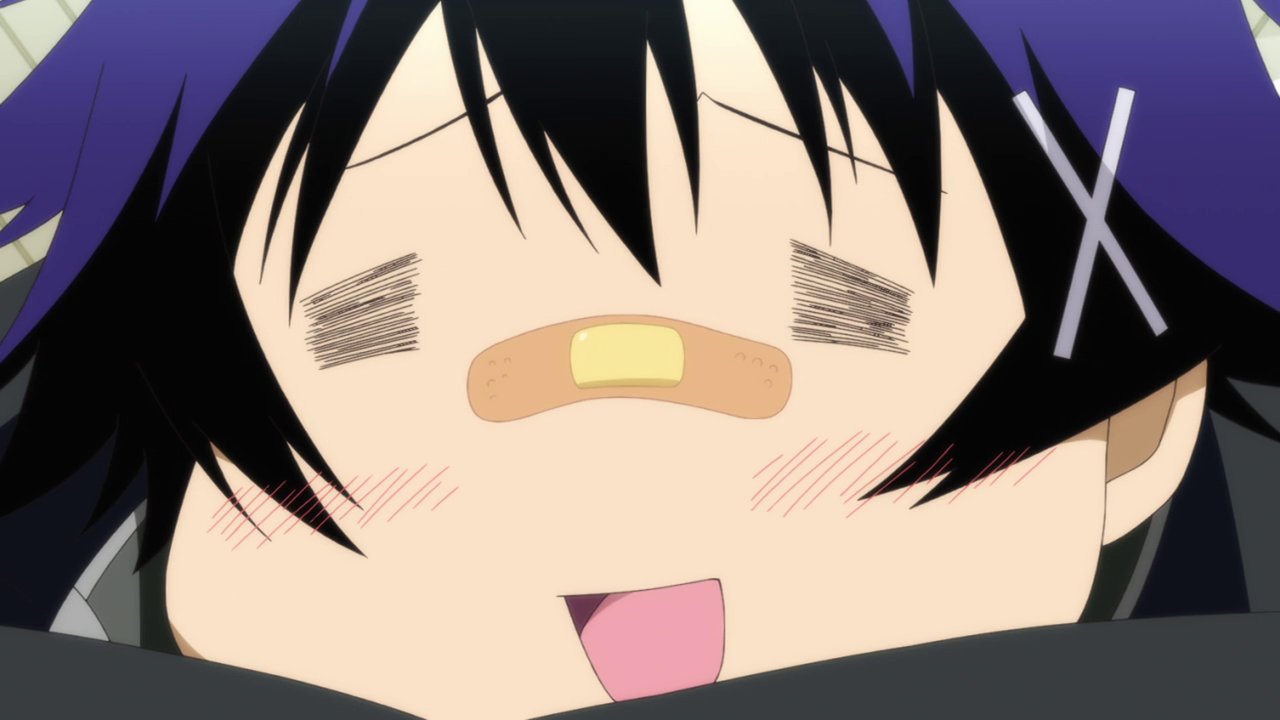 They can successfully combine "normal" and "exaggerated" components. 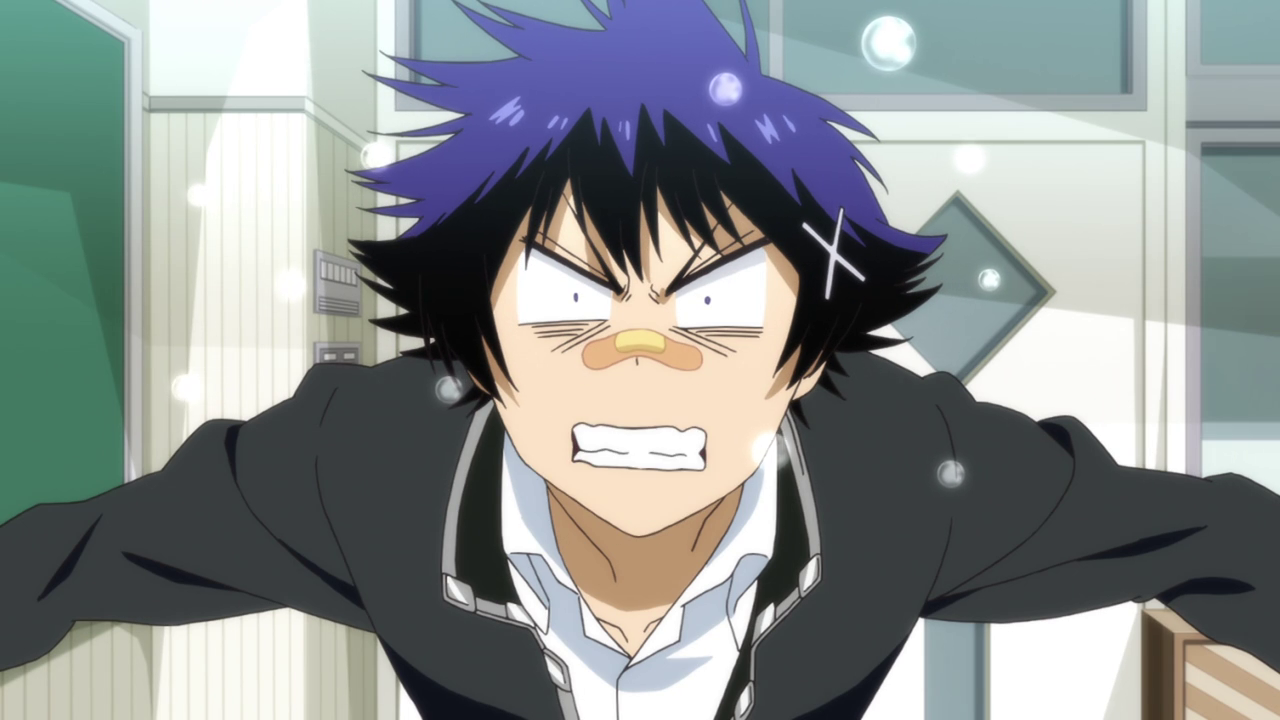 Cartooning also has a broad variety of symbols and stamps. 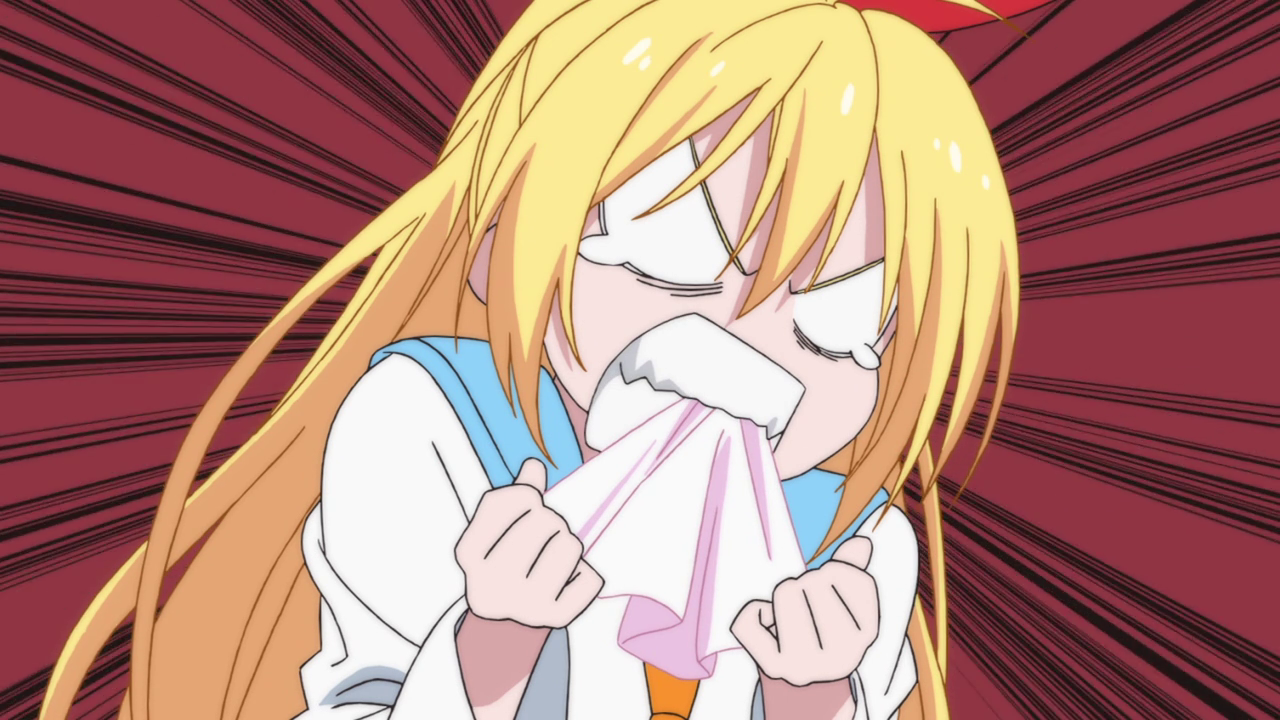 They are primitive and banal but they work quite well.

This all can be applied not only to a character, but also to the environment and the camera position. 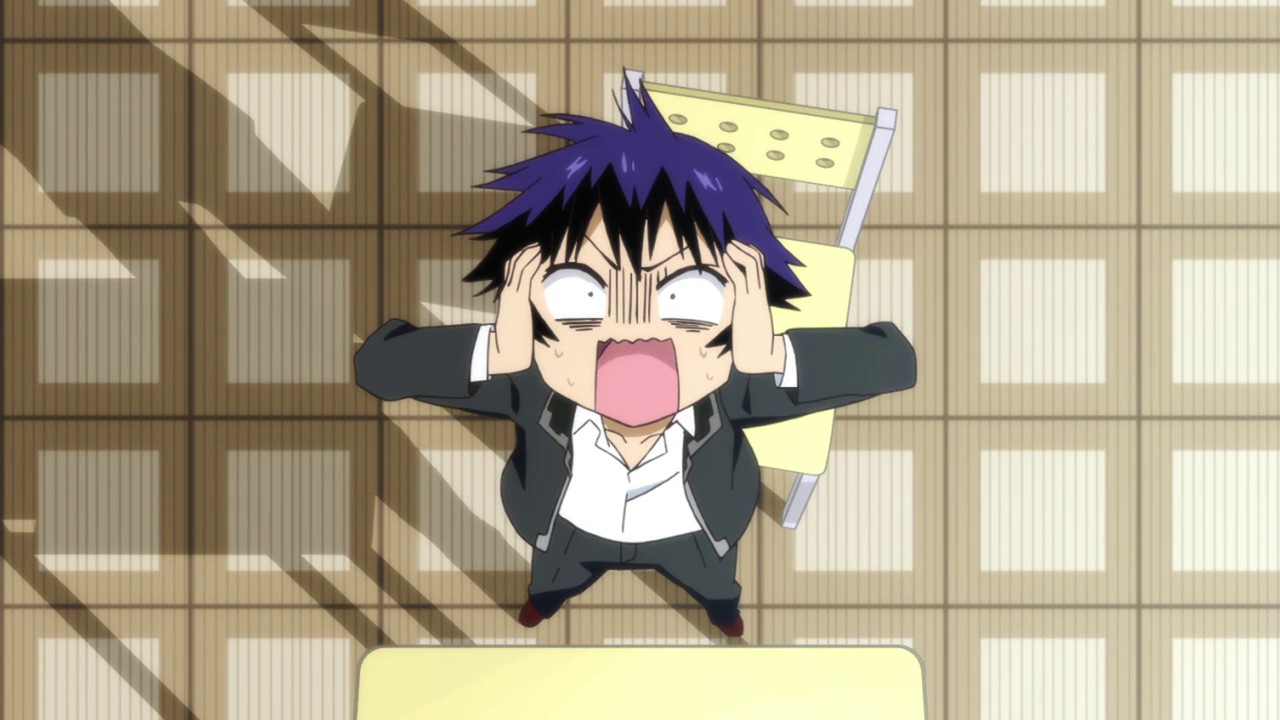 2D artists are free. As long as they know their craft and have talents anything works quite well.